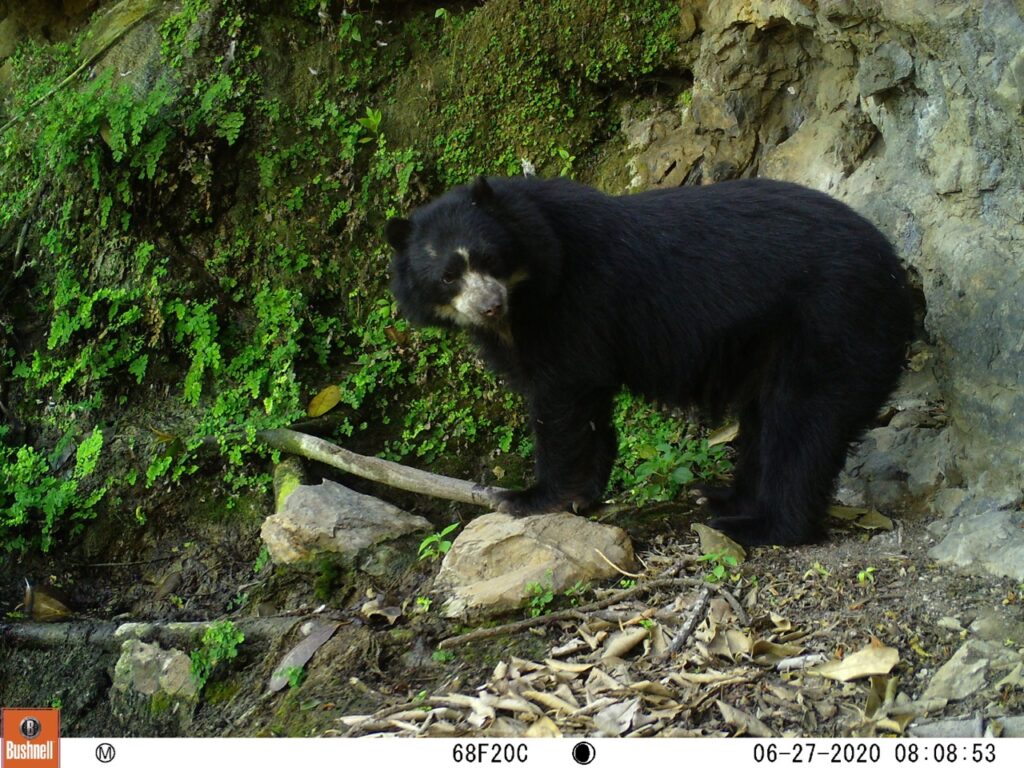 Justina stood quietly watching the sun glimmer across the surface of the water. As she started walking along the edge of the waterhole with leaves crunching under the weight of her heavy paws, it was almost like following in the footsteps of her mother Triangulo, who reared Justina here years ago. Now Justina was back in this familiar place preparing for another life changing event, unaware of the threats to her future and to her unborn cub.

Our camera traps captured this photo of Justina in June 2020.  From the size and shape of her body we suspected she was very near to giving birth to her second cub.  Justina’s first cub was born around October 2018, and seeing a female bear healthy enough to breed successively is extremely encouraging for this highly threatened dry forest bear population.  But there are serious threats to her survival. To better understand the risks to Justina and this population, we completed a population viability analysis (PVA) using over 12 years of camera trap data. This PVA is a first for the species and estimates the population’s time to extinction.  It also confirms the factors that have the biggest effect on population growth or decline.

The results show that this population is seriously compromised with a high probability of extinction in less than 20 years. However, it is likely to be much sooner if there are more wildfires and drought.

These spectacled bears are threatened by habitat loss and fragmentation from the alarming pace of agricultural development and wildfires in the dry forest. This means the vital foods sources that female bears and cubs need are disappearing.  If female bears cannot access the calorie-rich foods they need to gain weight, they are unable to breed or they stop lactating and their cubs starve.

But there is good news for Justina: our results also confirm that female and cub survival are the most important factors in improving the long-term survival of the species.  The PVA results connect to the direct conservation actions we are taking in the dry forest that we know will likely save this population: field work to find feeding areas, creating protected areas in collaboration with communities and government, and private land purchase to rapidly protect habitat. These actions will ensure female bears and cubs have access to critical feeding areas and a better chance at survival. 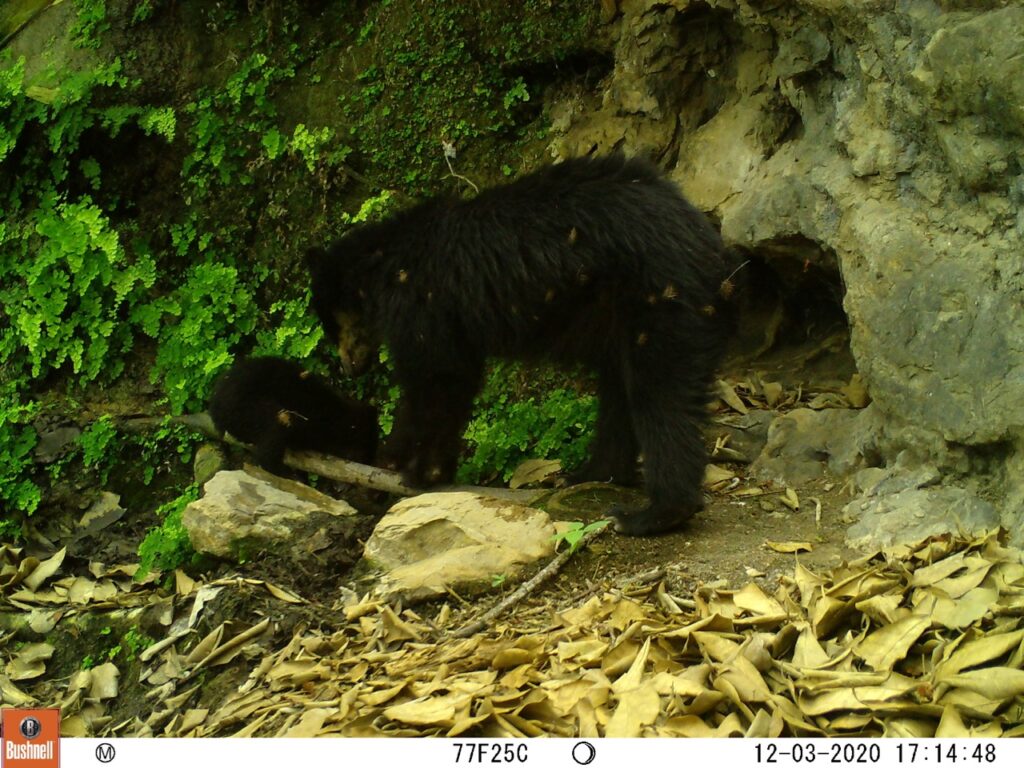 Justina and her new cub 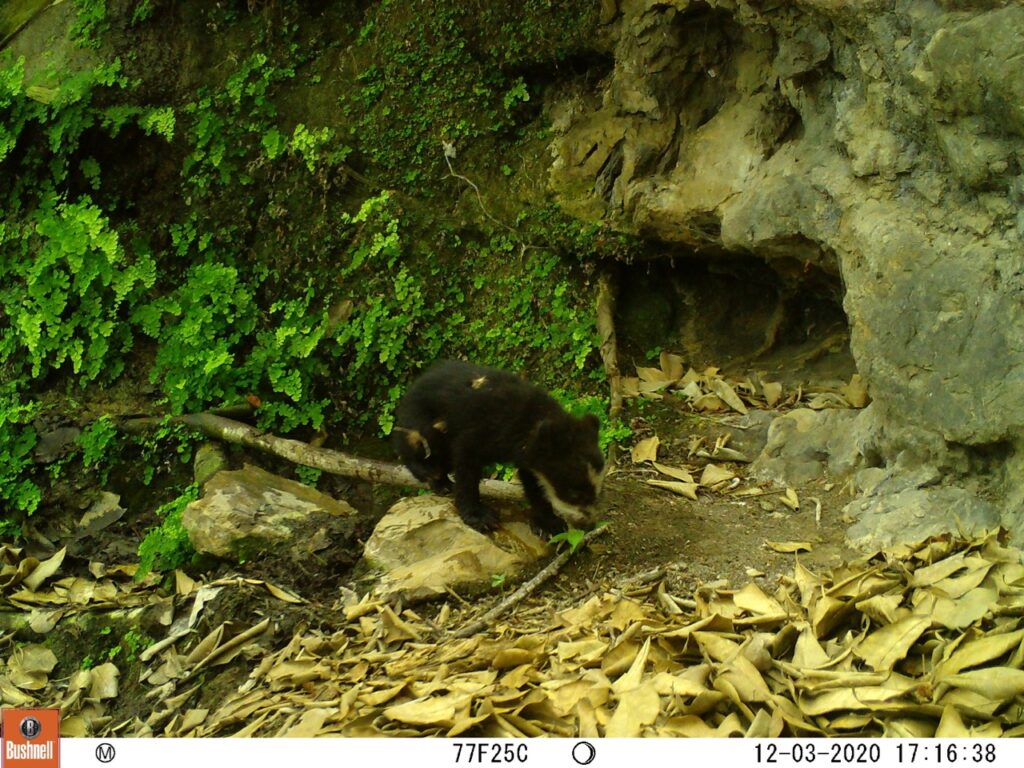 Mother bears start to venture out of the den with their cubs approximately three months after birth. In December 2020, Justina appeared with the newest member of our dry forest bear population, both looking healthy. Our conservation actions are changing the future for bears like Justina and her new cub. 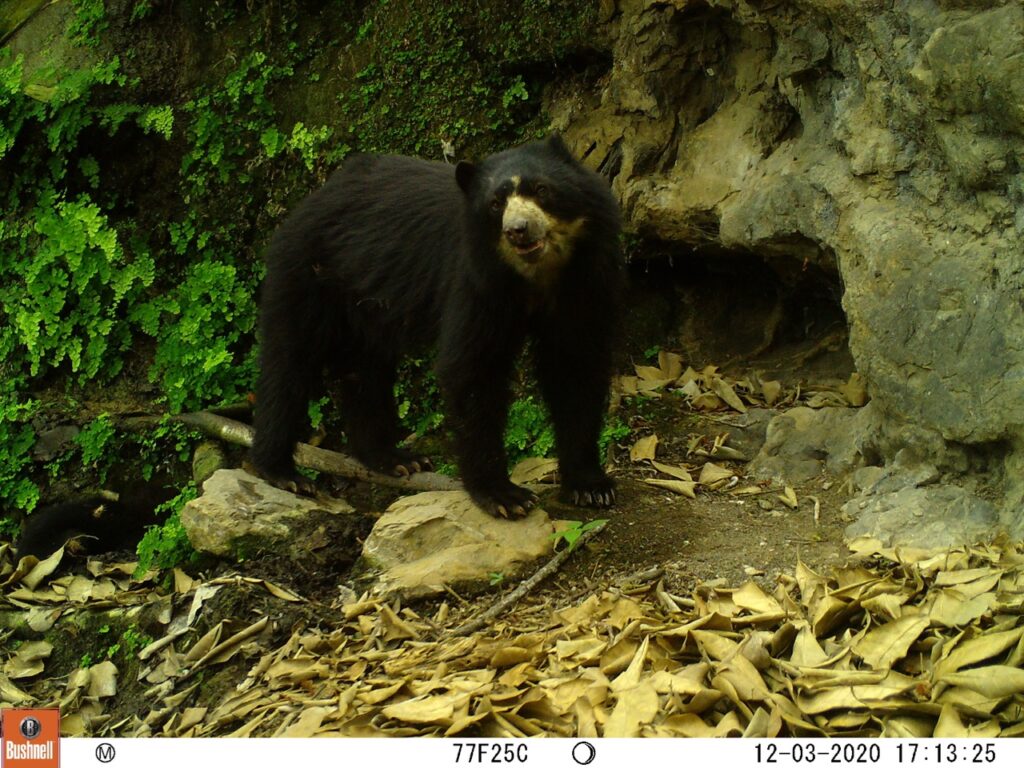