Nina immersed herself in the waterhole until just her head stayed above the surface, she was enjoying the feel of the cool water on an especially hot day. This particular waterhole, known as El Puente (“the bridge”), is a favorite amongst bears like Nina, probably because it’s deeper than most of the waterholes scattered around the dry forest. Suddenly there was the sound of cracking branches and the rustle of leaves.

First one cub and then the next, playing follow the leader, Nina’s six-month old twins emerged from the dusty trail and stood at the pool’s edge, watching their mother in the water. 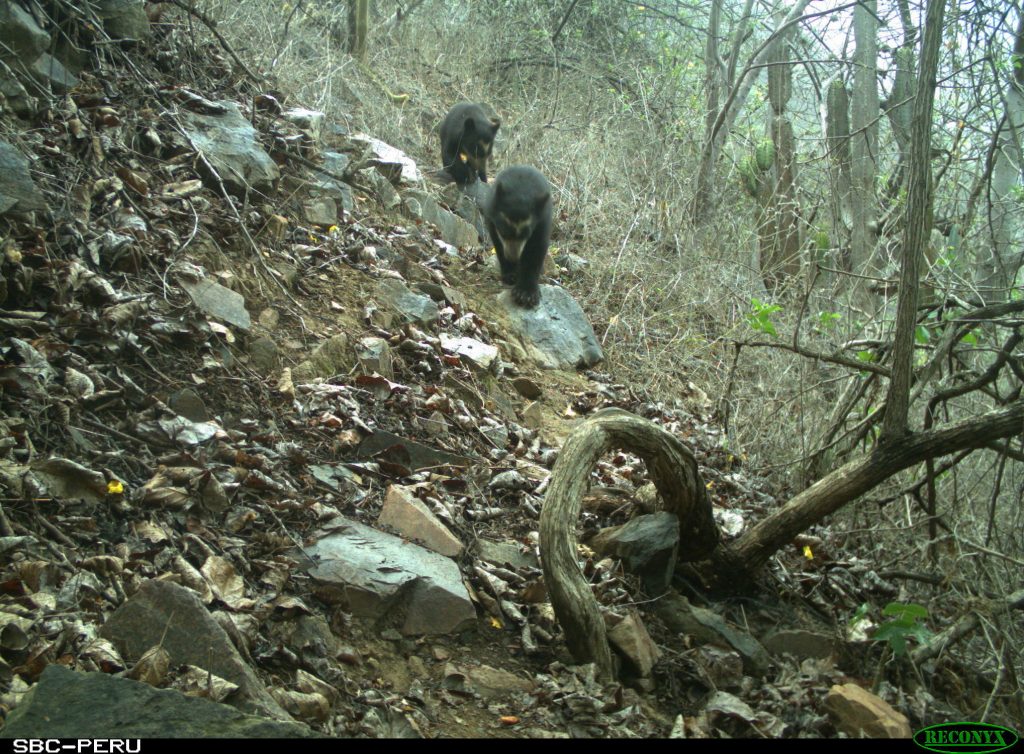 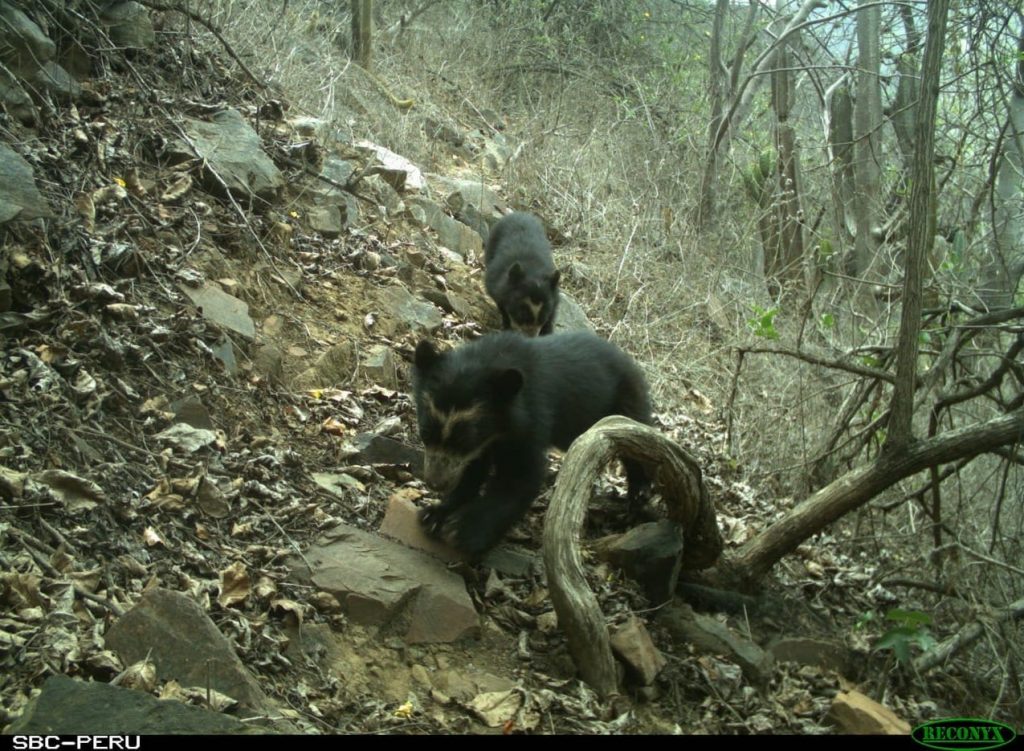 The dry forest is a difficult place to survive and many bear cubs don’t make it to maturity, so when SBC camera traps captured footage of Nina and her two cubs at El Puente, our team was both excited and cautious. Spectacled bears rarely have twins, in over 12 years of field study SBC has documented 34 litters of cubs and just seven included twins. Only four of these cubs survived into adulthood, so these two little bears have challenges ahead. High cub mortality in the dry forest is attributed largely to the health of the mother. When mother bears don’t have enough food, they stop lactating and can’t feed their cubs. This is why SBC is working hard to protect sapote, the most valuable food source for dry forest bears.

Spectacled bears in Peru’s dry forest get most of their nutrition from sapote, a fruit similar to an avocado. In the hot days of late November, spectacled bears start their annual descent down steep rocky cliffs after spending the austral winter season (seasons are opposite in the southern hemisphere) in the northern Peruvian Andes, trekking down nearly 1,000 feet towards the valley bottom in search of sapote trees.  They may lose as much as 75% of their body weight by the time they reach their destination. Sapote fruit, in season from December to February, is survival for these spectacled bears, especially for females; it is rich and high-calorie and a critical food resource that helps them gain sufficient weight before heading back to the mountains in March.  Camera traps positioned at key points along this bear trek record increased bear activity each year during this period. 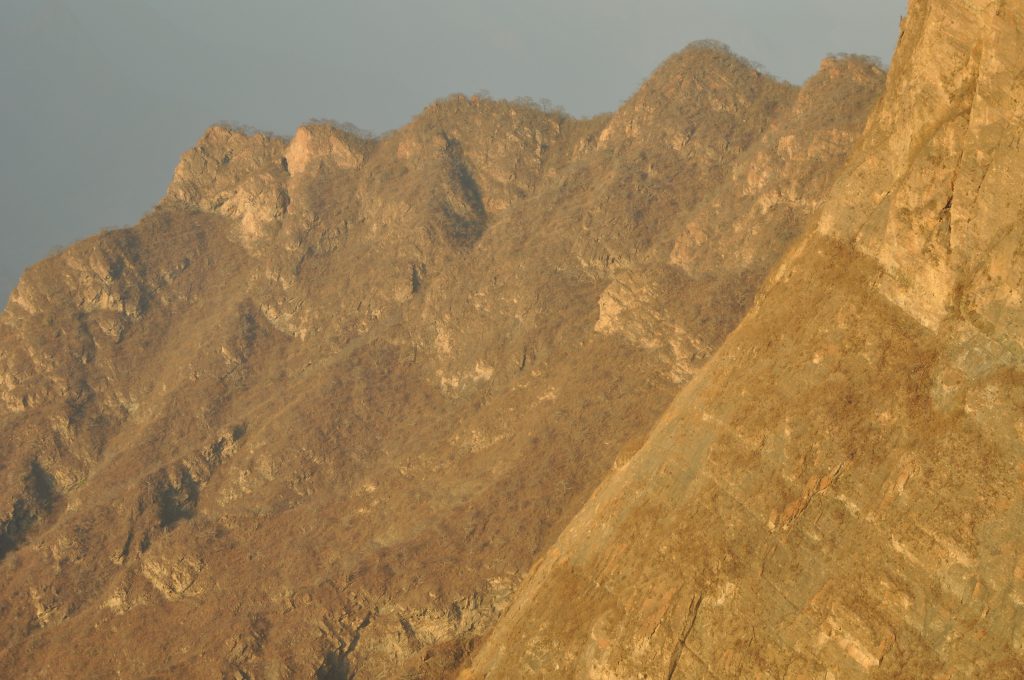 View of mountainous terrain travelled by bears in the dry forest 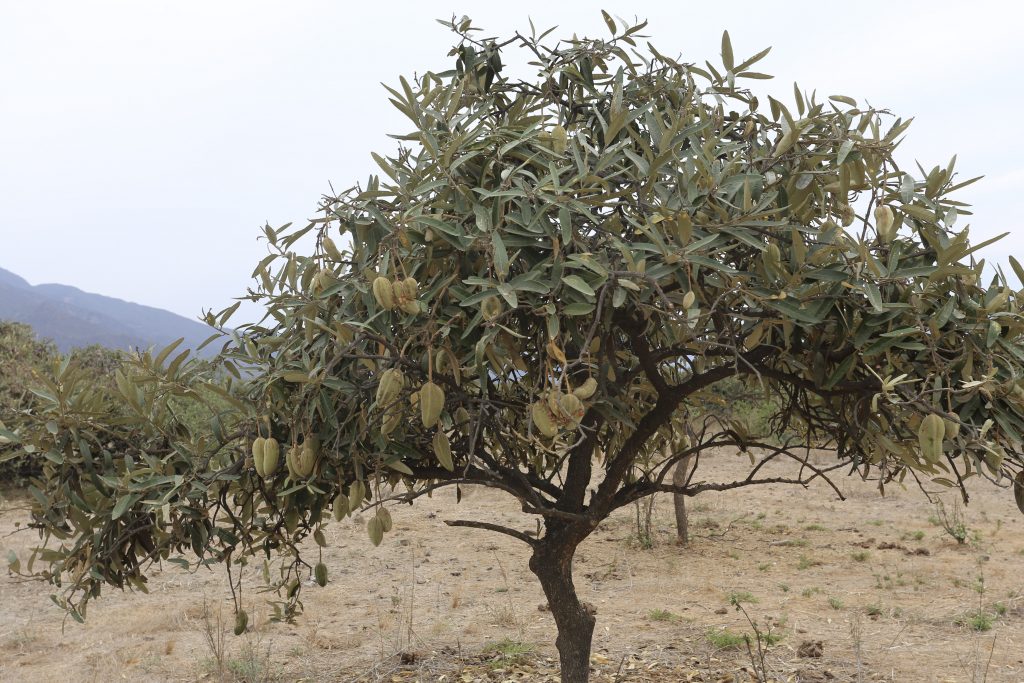 Sapote tree with fruit during the summer season

Our research shows that through much of the year female bears struggle to stay healthy, but their condition improves considerably when they have access to sapote. When females like Nina can feed on sapote, they gain enough weight to breed and continue lactating to feed their cubs. This means that cub survival, and the persistence of this vulnerable population, is highly dependent on continued access to sapote.

Camera trap photos like these not only document bear population health and demographics, but also important areas that are used by bears, like ones with sapote trees that must be protected from the threat of expanding agricultural activity.  We are using camera trap data to help define a conservation corridor that will protect land from high to low elevation and preserve the areas of dry forest that bears need for survival.

Protecting land and sapote is key to protecting spectacled bears in this vulnerable dry forest population. 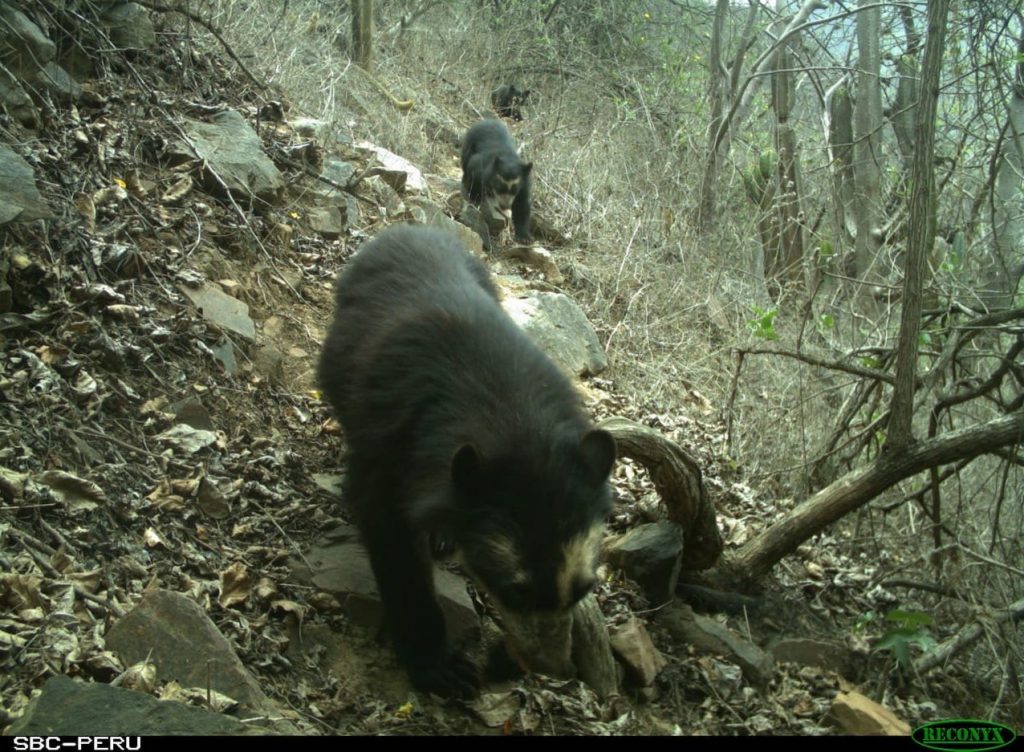 Nina and her cubs near the El Puente waterhole 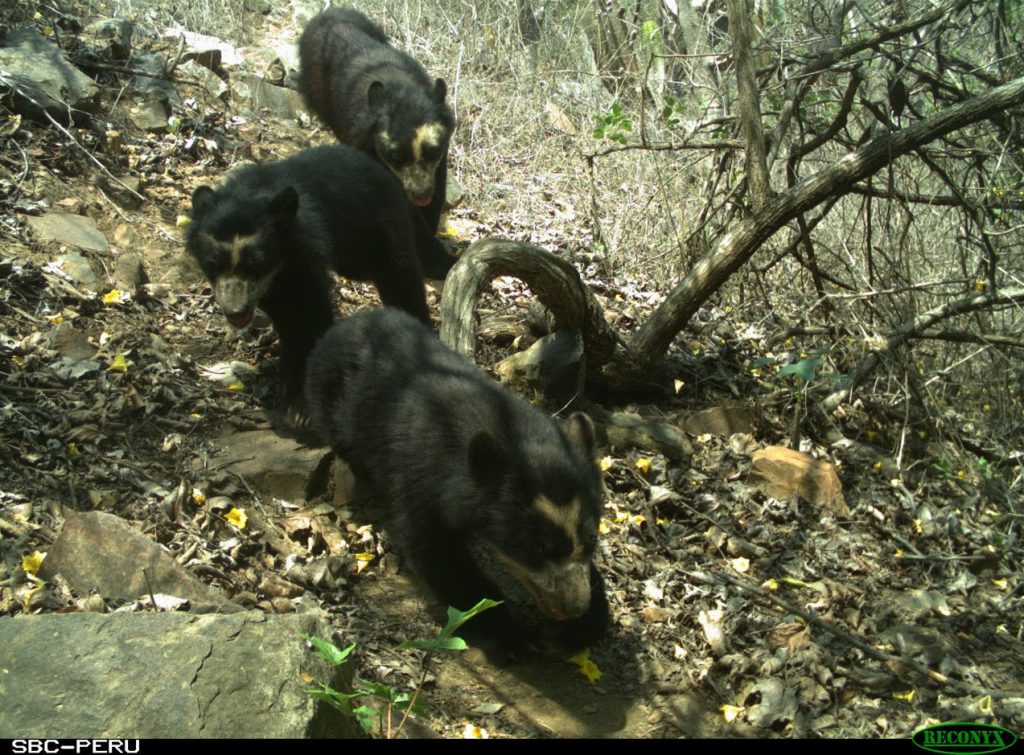